3 Ways You Can Help the 2011 MassChallenge Finalists

We hope all of our friends up and down the East Coast stayed safe from Irene and were as lucky as most of us were here in Boston.

We had a lot of fun with last week’s fun run & social event, and wanted to remind you about a few ways you can get involved with what’s going on here at MassChallenge both with RaceMenu & the other great finalist teams!

1. Come to the MassChallenge Mondays event for September.

2. Reach out to teams that you found interesting.

You’ve heard their pitches, you asked some questions. How about you close that loop?

We gave a quick rundown of each of the teams that participated last week and at July’s event; here’s the complete list from the MassChallenge site.

Drop them an email, shoot them a tweet – we love hearing from you, and I’m sure they’ll be just as excited! Feedback is critical to help us all develop our business models.

3. Run the Legacy 5K and pick a MassChallenge team to support. 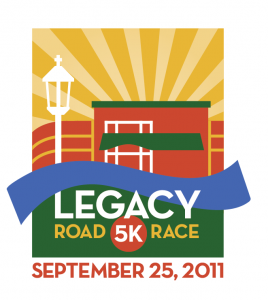 As we wrote about a couple weeks ago, the Legacy 5K is doing an awesome promotion – the race director, Jason Zagami of Solid Body Fitness, is giving MassChallenge entrepreneurs that run with us on Monday nights a chance to win a $2,000 sponsorship package!

How can you help? Sign up for the race and indicate which MassChallenge Finalist you are supporting.  It’s that simple!

The team from Roof for Two has the early lead! Will anyone be able to challenge them? People from KidsCook, HerCampus, Made In The Commonwealth have all expressed interest in the competition (in addition to a bunch of the teams that have given pitches at our July & August Social Events).

Vote for any team in MassChallenge finals, then see #2 above – and let them know you supported them for this opportunity!  (Note: while we love you to death, please don’t list RaceMenu. We’ll already be there in full force so we wanna’ spread the love this time!)