We are excited to announce that World Championship Marathon qualifier Nate Jenkins is now sporting a RaceMenu singlet in his races! Here he is in his debut, winning the St. Paddy’s 5-Miler in Portsmouth, NH. 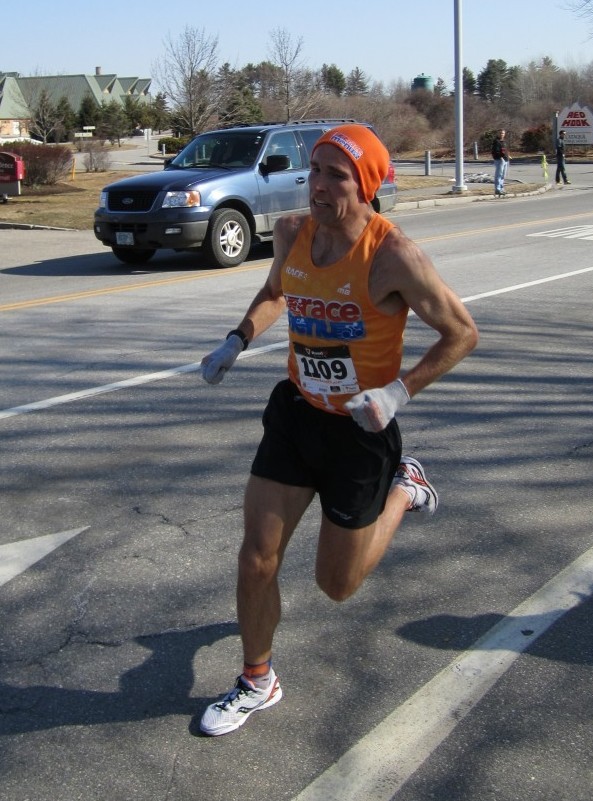 Nate Jenkins is well known throughout New England for his running prowess. While competing for UMass-Lowell, he was the Northeast Regional XC Champion. He’s placed in the Top 10 at 3 USATF National Championships and has been the top American finisher at the Utica Boilermaker. Nate took 7th place at the US Olympic Marathon Trials in 2007 with a blazing 2:14:56 in New York. In 2008, Nate was the RRCA National 5K champion. He’s returned to the USATF-NE Grand Prix Series this year, kicking it off with a bang running a 51:26 (5:09 pace) at the Jones 10 Miler to place 2nd overall.

But let’s get serious – that’s all stuff we know from going to races & seeing him in the race results! So here’s some more details about Nate Jenkins – as he put it, sort of an odd life goals achieved list: 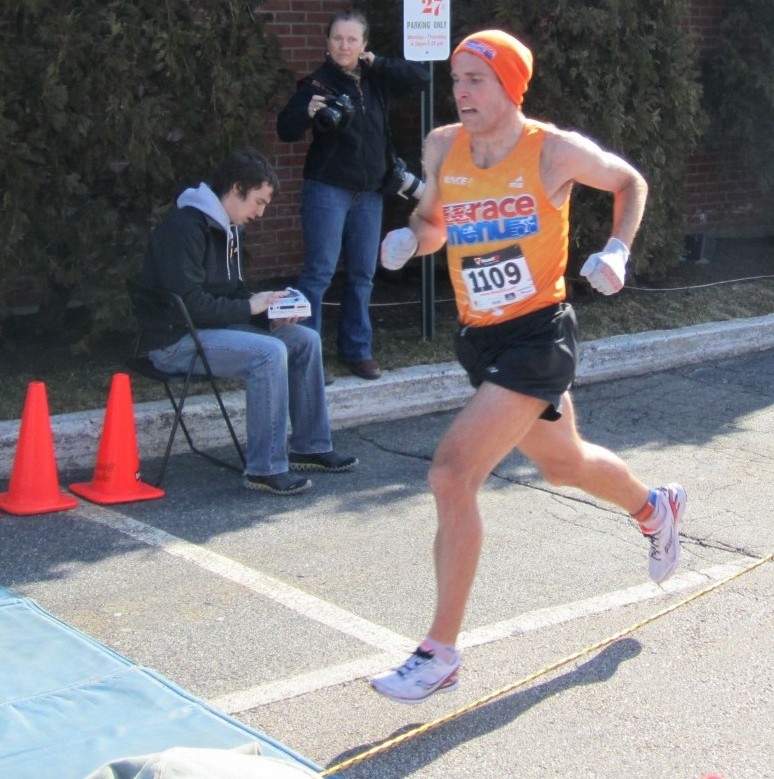 While Nate does not have an active streak of days run in a row , he has run an average of over 100 miles a week dating all the way back to January 2002. Oh, and that is despite the fact that he had to take 6 weeks off completely for back surgery.

How did he manage that?

“Well, when you keep that weekly average over 110 a couple years in a row…” 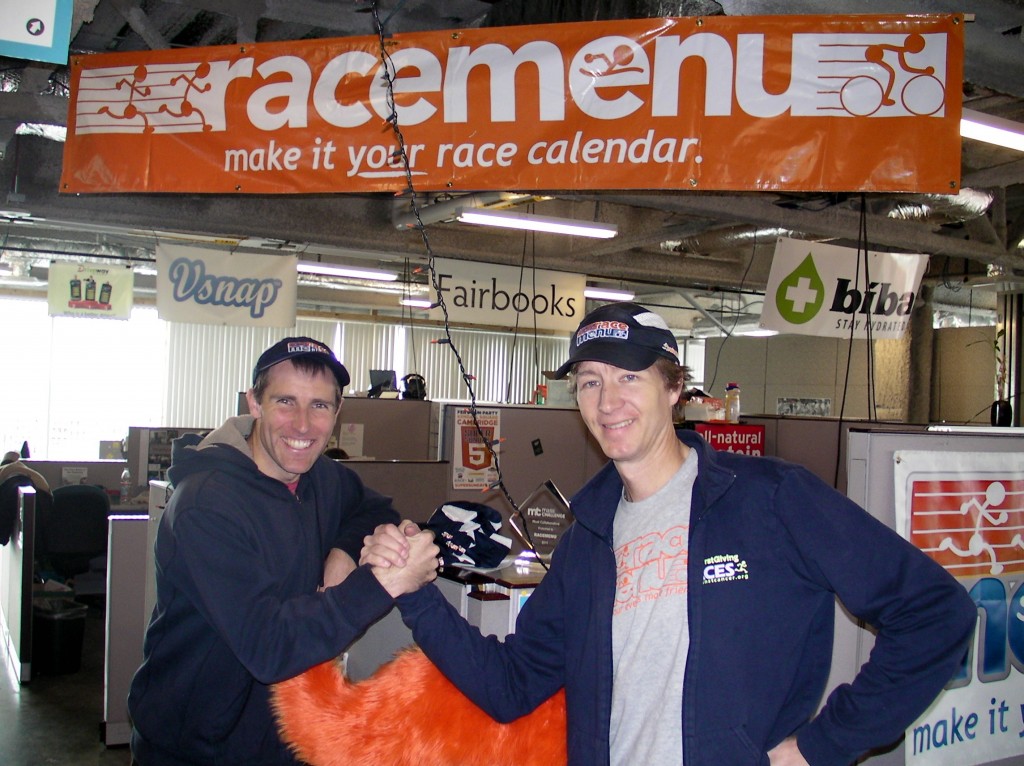 Favorite Music: he listens to a lot of  88.9 WERS (Emerson Radio), which means a steady stream of Deer Tick, Delta Spirit, & Vampire Weekend.

Favorite Books: he said he’s probably read every running book on the planet, but outside of that genre he recommends anything by Tom Robbins. Check out Still Life With Woodpecker and Fierce Invalids Home from Hot Climates.

We’re excited to have Nate join the squad; make sure to say hello to him after a race! Nate has also just joined Twitter – as of the publishing of this post, he didn’t have any followers. Let’s fix that! Follow him at @NateJRuns 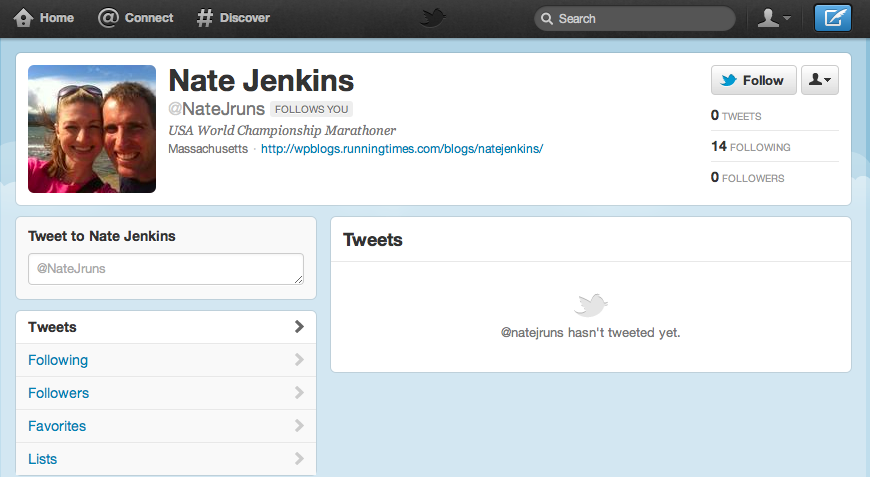