Tune In: ‘Racing the Rez’ on WGBH

Tune in tonight to see a Boston area public TV broadcast of Racing the Rez on WGBH at 10pm. In October, Racing the Rez was awarded Best Documentary by the Arlington International Film Festival and Best Action/Sports Film by the Flagstaff Mountain Film Festival. Check out the trailer here. 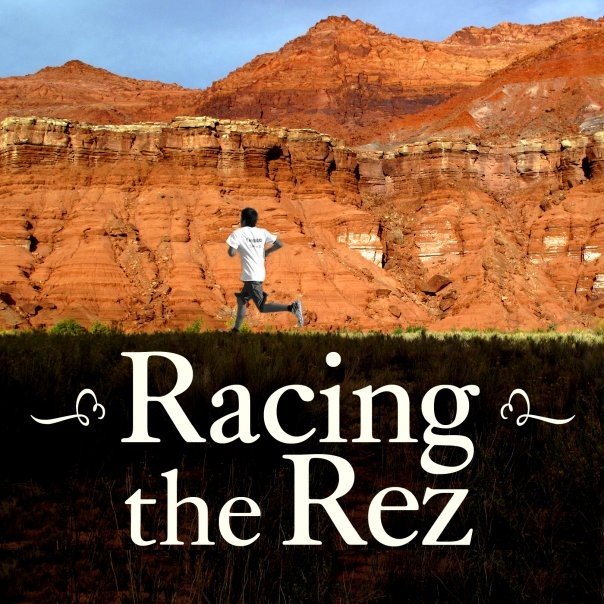 Christopher McDougall, author of Born to Run, recently posted on his blog, “If it’s not the best running movie ever made, it’s damn sure in the fight.”

Here’s the plot summary: “In the rugged canyon lands of Northern Arizona, Navajo and Hopi cross-country runners from two rival high schools put it all on the line for Tribal pride, triumph over adversity and state championship glory. Win or lose, what they learn in the course of their seasons will have a dramatic effect on the rest of their lives.”

With the fall XC season coming to a close, there isn’t a better time for this to hit the small screen!

For more information, see the full press release below or connect with the Racing the Rez Facebook page.
You can also find your local broadcast schedule here.

Somerville, Massachusetts: Documentary filmmaker Brian Truglio’s first feature length documentary, Racing the Rez, is scheduled to air over 1,000 times this month on public television stations across the United States.  Truglio, a Somerville resident, produced, directed and shot the film himself in the rugged canyon lands of the Navajo and Hopi Reservations in Northern Arizona.

The film follows Navajo and Hopi cross-country runners from two rival high schools that put it all on the line for Tribal pride, triumph over adversity and state championship glory. Win or lose, what they learn in the course of their seasons will have a dramatic effect on the rest of their lives.

After watching the film, Christopher McDougall, author of Born to Run, recently posted on his blog, “If it’s not the best running movie ever made, it’s damn sure in the fight.”

The films distributor, American Public Television, is releasing Racing the Rez in November as part of Native American Heritage Month.  During November, there are 1034 scheduled telecasts in over 100 markets across 38 states.  In October, Racing the Rez was award Best Documentary by the Arlington International Film Festival and Best Action/Sports Film by the Flagstaff Mountain Film Festival.

“For Native culture, running is much more than a sport,” commented Truglio. “It’s part of their creation stories and is woven into the cultural fabric of their lives. Whether distant or recent, every family’s lore contains legends of runners.”

A life-long runner and a cross-country standout at Watchung Hills Regional High School in New Jersey from 1986-90, Truglio understands the power of running to raise the human spirit in trying times. In 1989, he lost his close friend and cross-country teammate, Chris Drewry, after a tragic boating accident. This experience, which left his community in mourning, coupled with Truglio’s passion for running and Native culture led to the creation of Racing the Rez.

A co-production of Wolf Hill Films and Native American Public Telecommunications (NAPT), Racing the Rez focuses on five teens growing up on the Navajo and Hopi Reservations, offering a rare view into the surprising complexity and diversity of contemporary reservation life.  The film sheds light on the many challenges that these runners face living on a Reservation and how they come to terms with having to make cultural choices that most American youth will never encounter.

Tuba City cross-country runner Billy Orman stated that running is a way of escaping the screwed-up stuff that occurs on the Reservation. Collectively, the runners shared stories about the presence of alcohol, drug abuse, family deaths from overdosing, parental abandonment and living conditions among others.

“All of the boys in the film showed a tremendous amount of courage in the things that they shared with me,” Truglio added. “I think part of it is that they needed to share this stuff and wanted to.”

Set against the iconic landscape of the Southwest, Racing the Rez yields a powerful, intimate view of transformation and hope.

To watch the film’s trailer, visit www.nativetelecom.org/racing_the_rez. A broadcast schedule can be found on the film’s Facebook fan page facebook.com/RacingTheRez or by searching your local stations online schedule.  To find your local public tv station please visit www.pbs.org/stationfinder.

Native American Public Telecommunications, Inc. (NAPT), a nonprofit 501(c)(3) which receives major funding from the Corporation for Public Broadcasting, shares Native stories with the world through support of the creation, promotion and distribution of Native media. Founded in 1977, through various media—Public Television, Public Radio and the Internet—NAPT brings awareness of Indian and Alaska Native issues. NAPT operates VisionMaker, your premier source for quality Native American educational and home videos. All aspects of our programs encourage the involvement of young people to learn more about careers in the media—to be the next generation of storytellers. NAPT is located at theUniversity of Nebraska-Lincoln. NAPT offers student employment, internships and fellowships. Reaching the general public and the global market is the ultimate goal for the dissemination of Native-produced media.

Additional Information Regarding Racing the Rez:

Racing the Rez is a co-production of Wolf Hill Films and NAPT. Funding for Racing the Rez: Major funding provided by the Corporation for Public Broadcasting & Native American

Public Telecommunications, Inc. (NAPT). Also, a special thank you goes out to the film’s private donors, especially those who supported Racing the Rez’s Kickstarter Campaign.

Listen to the filmmaker interview online at: http://www.nativetelecom.org/producer_profile_brian_truglio

Producer/Director Brian Truglio is a filmmaker, editor and teacher as well as a former cross-country athlete and current long-distance runner. He first traveled to the Navajo and Hopi Reservations in the early 1990s as part of a month-long assistant teaching program run by Bucknell University and has since returned a number of times. His credits include Fenceline: A Company Town Divided (Associate Producer & Editor), as well as editing on popular series such as Design Squad (WGBH/PBS), Build It Bigger (Discovery Channel), Sliced (History Channel), The Works (History Channel) and Kids by the Dozen (TLC). He got his television start as a Post-Production Assistant on the 2000 Emmy® award-winning School Prayer: A Community at War—a documentary about one woman’s fight to separate church and state in her children’s Mississippi high school. Beginning in 2002, Truglio lived in Dublin, Ireland, for five years where he taught at the National Film School and did editing work on such projects as the Louis Marcus documentary Cosc Ar Ghneas/A Ban on Sex, the award-winning short film Recoil, and the feature documentary Here to Stay. In Boston, Truglio lectures part time at Emerson College.  He holds a BA in Philosophy from Bucknell University and an MFA in photography, film and video from the Visual Studies Workshop.

Editor Sean Sandefur is an Emmy® Nominated editor who has been working in documentary film and television for 15 years. He has worked on projects for PBS, BBC-World, Discovery Channel, National Geographic, A&E, The History Channel and many other networks and independent outlets. His editing credits include The Unholy Tarahumara, an award-winning and poetic representation of the lifestyle and culture of the Tarahumara Indians who are renowned runners from the vast and astonishing Copper Canyon area of Chihuahua, Mexico. From 2004-2005, Sandefur edited the PBS special Raising Cain featuring child psychologist Michael Thompson taking an in-depth look at the emotional lives of adolescent boys. His series work includes the shows Design Squad (WGBH/PBS), The Works (History Channel), Build It Bigger (Discovery Channel), Extreme Engineering (Discovery Channel) and Naked Science (National Geographic).

Distributed by: VisionMaker, a service of NAPT